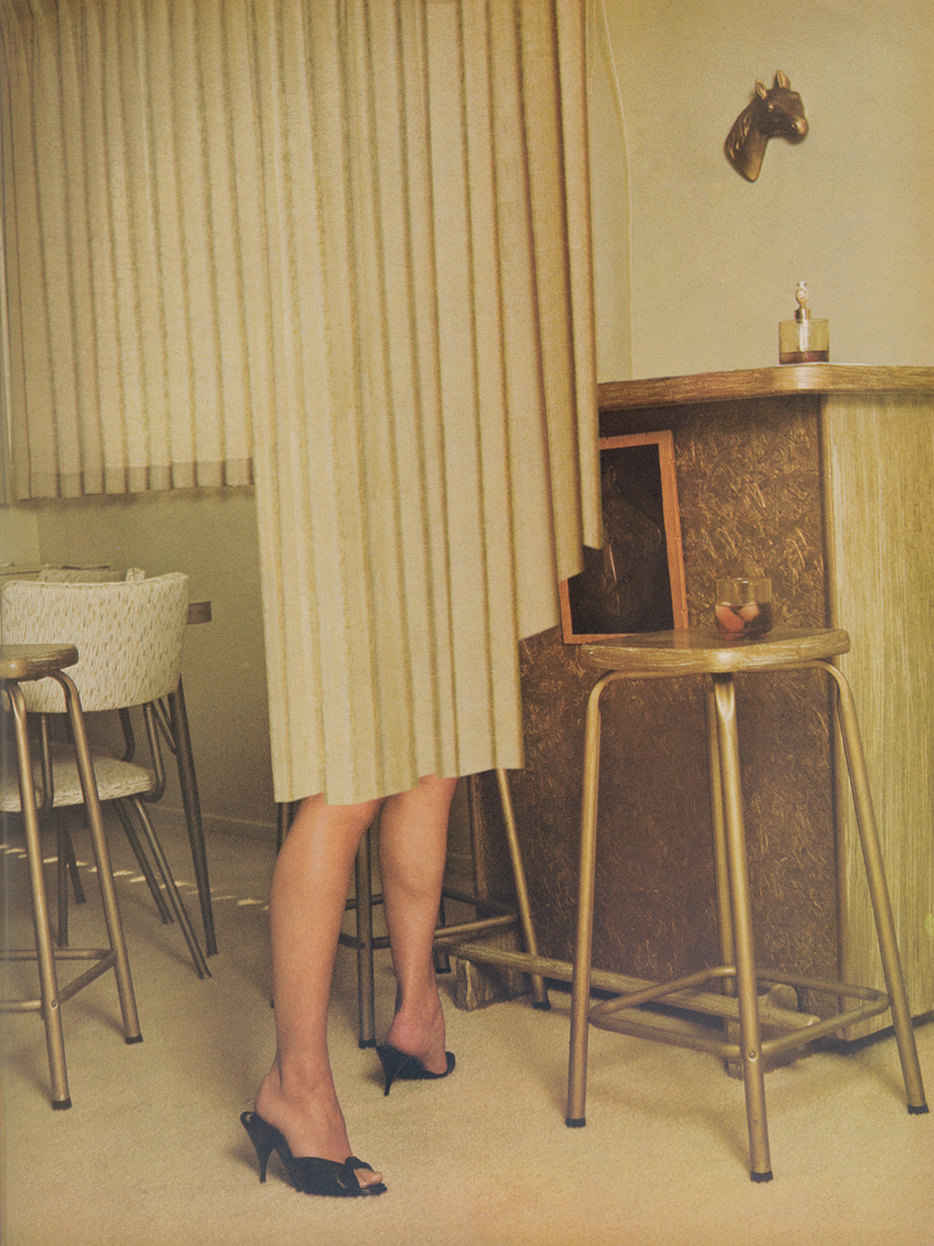 As summer draws to a close, we are getting closer and closer to the beginning of the Fotobiennalen 2018, founded as a collaboration between Brandts (Odense), Galleri Image (Århus), and Fotografisk Center (Copenhagen). Each institution presents an exhibition opening under the theme “the Post-photographic Image”, with Brandts opening Photography to End All Photography, which centers around the manipulated photo.

Photo manipulation is now something practiced by even the most amateur photographers with the help of easy-to-use apps and the simple download of Photoshop. However, what makes Swedish artist Eva Stenram stand out is her surgical precision when manipulating an image, as well as the fact that she chooses old photographs and images that are not her own to create her own pieces. One of the most defining characteristics of her style is her ability to remove key elements of the original work to completely change its effect, as is found with her ongoing series Pornography/forest_pic. Here she plays with the idea of the ready-made image by manipulating images of pornography in outdoor or forest settings. From these images, she completely removes the sexual elements of porn, leaving behind images of forest settings with perhaps only a blanket left on the ground, or perhaps some small pixelation in the altered areas. At a glance, there is no indication of any sort of sexual activity happening there, unless you have looked at the title.

Stenram’s series Drapes and Parts play with the concept of Pin-up imagery. She takes these images, and like in Pornography/forest­­_pics, removes the sexual elements. Stenram toys with the mind of the viewer by preventing them from seeing the desired motif: a woman in a provocative position. The eye has no option than to instead be redirected to the drape or to focus on the surroundings rather than on the female body, which most likely would not have happened if the woman had remained uncovered. She becomes another object in the scene, just like a table or a chair. The woman has now become off limits and as a viewer, this feeling could be slightly uncomfortable, as there are still remnants of her, reminding that she is still present. However, the drapes and digital manipulation cannot prevent the wandering imagination. It is almost as if being prevented from seeing something fuels the mind more and causes the image to be more desirable. Stenram has said in an interview that the “viewer’s imagination is gently teased and called into action” (Strecker, Alexander. Drapes//Parts. LensCulture).

The surrealist movement has inspired Stenram’s work, as can be noticed from seeing limbs strewn about images in Parts. In addition to this movement, Louise Bourgeois has been a primary inspiration. Elements of her work Femme Maison could be found in Stenram’s Drapes. In Bourgeois’ work, the women are merging with their environment: the home. These women have houses as heads with their naked bodies exposed. As feminist statements they comment on the confines of the house and the expectations of maintaining the home. These images suggest that women cannot be separated from a domestic setting, almost as if they don’t belong anywhere else. Their bodies are exposed and there is a sense of vulnerability although with little sense of individuality. Some aspects of this could be seen in Stenram’s Drapes, where the women could be seen as merging with the curtains. These women are becoming a part of their surroundings.

In other works, such as Vanishing Point, Stenram further puts the viewer’s role as a voyeur into question. By materializing the work, she makes the Pin-up model in the image more real. By placing a length of fabric that matches the photo it is next to, takes away some of the fantasy that is associated to the photo. By seeing the fabric materialized in front of them, the viewer can then easily picture the texture of the shirt the woman is wearing and then perhaps picture her as a real person, and not just somebody that was a fantasy of the mind. The effect can be a bit jarring, almost as if one were to see an actor next to their movie poster.

In her work Split, Stenram furthers this sense of immersion for the viewer by placing a chair in front of the Pin-up photo. The matching furniture in and outside of the image places the viewer directly into the scene and makes them even more aware of their role as a voyeur, and again, makes them uncomfortable by making the setting more realistic, rather than just something from the imagination. By adding more elements into the work and materializing the photos, she makes the experiences more real, and in some way, more off putting because the subject of these images is so private. But by removing elements, as in the earlier mentioned works, Stenram takes away the ‘reality’ since the woman is covered up and the mind is encouraged to wander, either to the setting, or to the hidden figure. Through changing the intended experience of the original image, she causes the viewer to question their own role in relation to a photo, as she manipulates their focus.

Make sure not to miss Eva Stenram this Autumh and check out her work Calvacade III out in the exhibition at Brandts, Photography to end all Photography.